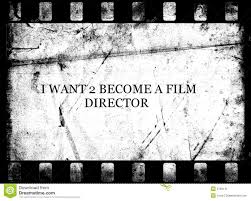 If you want to become a film director, there are several steps you can take to get started. First of all, you must develop technical skills such as writing, editing, and other filmmaking skills. Eventually, you may want to expand your horizons and try directing short films. Making short films will also help you to learn the lingo of actors, different acting strategies, and various types of lighting and sound effects.

Lesser-known facts and secrets about becoming a film director

There are many pitfalls to beware of when becoming a film director. While auteurs have the ability to create masterpieces without the help of others, the people who surround them can significantly affect the finished product. It is important to select collaborators who are able to work in your creative vision without impeding your progress.

Filmmaking is a highly demanding profession, and many directors have a full schedule. They often work as many as 20 hours a day and sometimes take on other roles. The most successful film directors have a system in place that allows them to work efficiently and effectively.

Programs that can help you become a film director

There are many different programs that will prepare you for a career as a film director. As with any career, becoming a director requires dedication, talent, and the drive to succeed. There are specialized programs for aspiring directors that focus on specialized skills and training. If you think this path is right for you, consider pursuing an associate’s degree.

Film school will give you the technical knowledge needed to create films, but it will also help you develop your perspective and analytical skills. The best artists understand all of the different aspects of the creative arts. If you have a background in music, this can open up new opportunities for your work as a film director.

Working on a set

Working on a film set is a great way to learn the ropes and network with film industry professionals. Many of the industry’s heavy hitters learned their craft on the set, whether it be as a production assistant, running cables, or building stages. If you want to be the next big film director, you will have to spend time on a set and network with the people you work with.

The best way to get started in this industry is to work on short films. First, you should get a good camera. This is important because your films will be better if you use a quality camera. Once you have your camera, you should write a script. You can also recruit friends to shoot scenes with you. Later, you can edit the film together.

Getting a job as a craftsman

One of the most common ways to get into the film industry is to get a job as a craftsman. Getting a job as a craftsperson will give you experience in the field, and you’ll also be able to learn about the different types of films. These films can range from feature films to TV shows, commercials, and music videos.

Once you have a solid understanding of storytelling and structure, you can start directing. This will allow you to use your creativity while also learning about the different departments and set. It’s also a good idea to take a position on a set or department so that you can get a feel for the different roles. It’s also important to be kind and respectful to your peers. A positive work environment will help you get more jobs.

Attending film festivals is an excellent way to build your network and learn about the industry. Film festivals are a great way to see and hear about new films, learn about the latest trends, and network with filmmakers and actors. Whether you’re interested in making documentaries, feature films, or animated shorts, there’s something for you at these events.

Film festivals are a great barometer to see how far you’ve come in your craft. They also offer a unique opportunity to watch films that you may never have seen otherwise. Often, films are screened at film festivals before they receive significant attention in the media.